The Upper Bohinj valley is a breathtaking slice of Slovenia’s beautiful outdoors.
Photo: © Slovenian Tourist Board

Green conjures up imagery of growth and refreshing and invites a sense of calm to our being. It heightens our sensitivity to nature, importantly so in the face of global warming.

Across the world, the focus on sustainability has risen sharply in the last decade, as governments grapple with the impetus to slow down climate change. With over-tourism and the loss of ecological balances threatening tourism income, greening the travel industry is undoubtedly high on the agenda.

There are positive steps. Upscale hotels and luxury cruise operators are eliminating single-use plastics and unnecessary wastage, and introducing eco-friendly features into their assets. Attractions are restricting visitor numbers – not only does it protect the place of interest but also makes the guest experience a more pleasant one – and taking bolder steps to reduce the impact of human activity. Reef-toxic sunscreen, for example, are now banned from more destinations; in August 2021, Thailand followed in the footsteps of places including Palau, Hawaii and Aruba to permit only zinc oxide-based sun protection in its marine national parks.

Journey with us below as we explore Slovenia’s beautiful outdoors and other fascinating green goodness around the world! 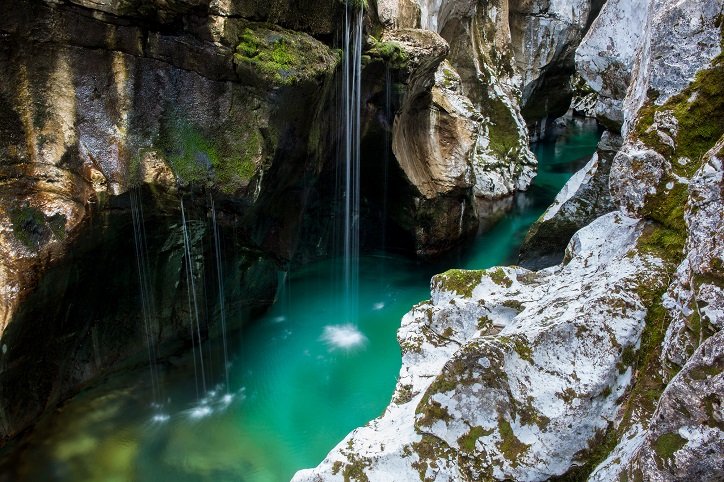 The Great Soca Gorge is one of the highlights of the Juliana Trail.
Photo: © Slovenian Tourist Board

A love for green gastronomy


The first country in the world to be declared a Green Destination of the World in 2016, Slovenia has in recent years catapulted to the top of many a traveller’s bucket list. The land renowned for its resplendent nature and charming towns is currently fulfilling its duties as the European Region of Gastronomy 2021. That it is the first country – not region – to be bestowed the honour says a lot about its culinary traditions and excellence.

It comes as no surprise that Slovenia has chosen to focus on green gastronomy while in the limelight, not only by promoting its hyperlocal field to fork principle but also launching a Slovenia Green Cuisine label to recognise sustainability-minded food service providers and winemakers.

Escape here to satiate your ecological appetite, from tucking into home-style dishes paired with award-winning biodynamic wines to exploring parts of the Juliana Trail, a 270 kilometre-long hiking circuit that invites you to immerse in Slovenia’s beautiful outdoors – particularly the enchanting Julian Alps – and to get acquainted with its villagers.

Plan My Trip to Slovenia

Sustainable aviation fuel will be used by White Desert for its flights within Antarctica starting November 2021.
Photo: © White Desert

Green makes sense for the land of white

Green may not immediately come to mind when it comes to Antarctica, given the world’s southernmost continent is a giant expanse of white. Yet, sustainability is critical to ensure the pristine environment is not compromised by travellers and to mitigate the effects of climate change.

Most visitors to Antarctica arrive on an expedition cruise, and vessels increasingly boast features that minimise the environment impact while cranking up the pampering. Also noteworthy: Antarctica tour specialist White Desert is set to trial sustainable aviation fuel (SAF) on its flights to and from the South Pole in November 2021, with the aim of using SAF to completely replace jet fuel within 5 years.

Plan My Trip to Antarctica 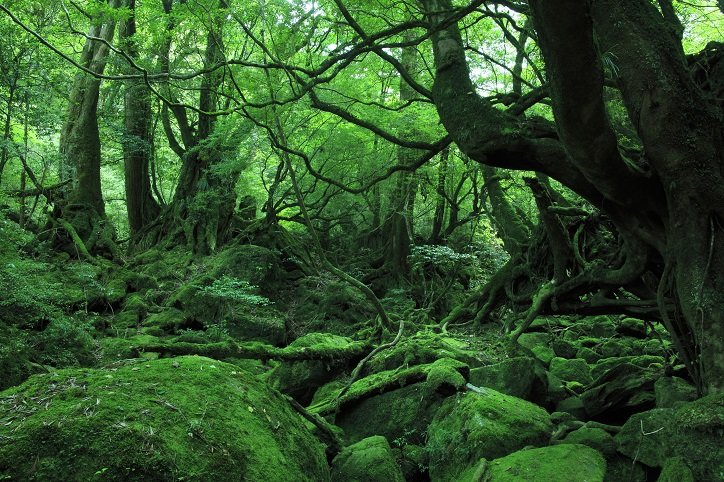 Famed for its thousands-of-years-old moss-covered sugi, or Japanese cedar, Yakushima is a forest bathing marvel. Visitors to this island south of Kyushu – just over an hour by plane from Fukuoka and about double that via a car ferry from Kagoshima – flock here to hike and luxuriate in the tranquil landscape. The greenery is made lush by abundant rainfall; locals joke that it rains 35 days a month here.

Your next trip to this part of Japan won’t be just to immerse in the natural splendour of the magnificent UNESCO World Heritage Site, though make time you must to experience for yourself the surreal span tucked within the popular Shiratani Unsuikyo ravine, which inspired the achingly beautiful forests of the Studio Ghibli animated film, Princess Mononoke. Indulge in the small-town familial vibes of the island, perhaps even check out Yakushima’s new cult craft cola that uses ingredients such as turmeric and cinnamon grown in its mineral-rich soils and that “soft” water unique to Yakushima.

Plan My Trip to Yakushima island 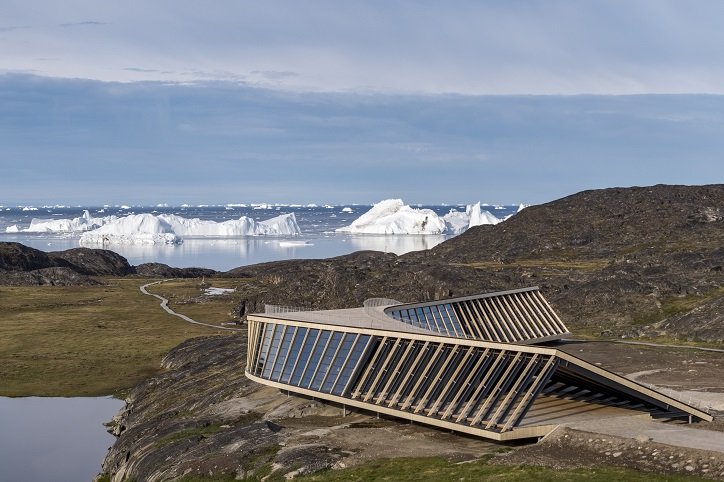 Warming up to Greenland’s new attractions

It has long waited in the shadows of tourist magnet Iceland. Now, finally, the Danish island with one of the world’s two permanent ice sheets (Antarctica is the only other area with the honour) is ready to take its place on the international travel stage. Make no mistake, Greenland is officially cool – literally and as a travel destination.

In July 2021, Greenland unveiled the new Ilulissat Icefjord Centre, an eye-catching facility boasting a design inspired by the wingspan of a snowy owl as it flies through the glacial landscape. Complementing the gorgeous Disko Bay views of the UNESCO World Heritage Site are educational exhibits that tell the story of the ice and the people’s connection to it. According to Conde Nast Traveler, it’s the first of Greenland’s new visitor-centre offerings and part of the country’s strategy to strategically disperse attractions beyond popular offerings like Kangerlussuaq. We’re sold, already.

Plan My Trip to Greenland 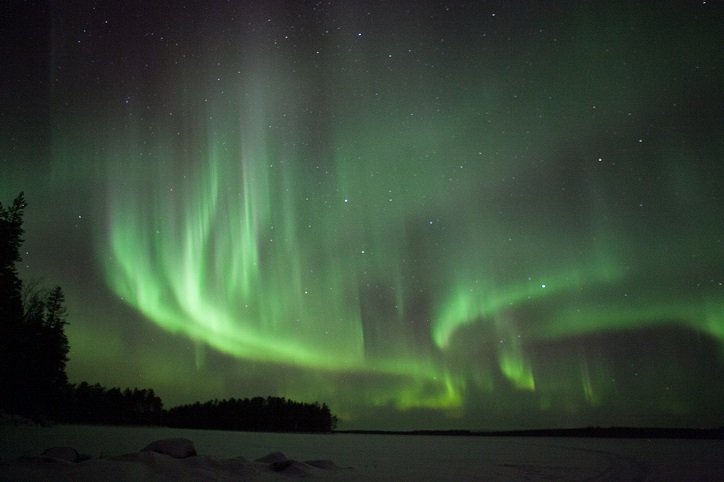 The green hue of the Northern Lights are caused by solar particles colliding with oxygen at altitudes of 100 to 300 kilometres.

The magical glow in the remote skies

Enchantment and exhilaration are often part of the aurora borealis or Northern Lights sighting, as you stare, mesmerised by the fluttering colours in the night skies of the Arctic or another high-latitude region.

While there is an astonishing palette of colours, the dancing lights are often predominantly green, as solar particles frequently collide with oxygen particles at lower altitudes in the atmosphere. Other hues indicate the excitement of a different gas or solar activity taking place at a different altitude – red, for example, tells us the collision involves oxygen at higher altitudes while blue and purple point to the presence of hydrogen and helium.

If anything, the absence of international travel in the last 18 months has made our hearts fonder for the beautiful natural phenomenon. We’ll eagerly await the green light to chase the Northern Lights in remote Norway or Canada, or in more familiar aurora destinations such as Finland, Sweden and Iceland! 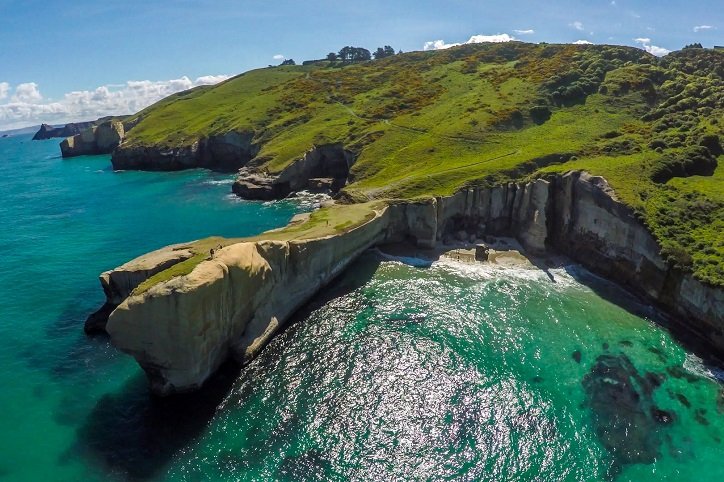 Tunnel Beach is possibly the most romantic spot in Dunedin, a finalist for the 2021 Most Beautiful Large City award in New Zealand.
Photo: © DunedinNZ

It’s known for its magnificent peaks, glistening glaciers and lush landscapes – and now for being one of the most prominent green advocates in the Asia-Pacific region. New Zealand has not only set ambitious emissions targets – including making the public sector carbon neutral by 2025 – but also is the first country in the world to introduce legislation requiring the financial sector to report effects of climate change on their business. It’s even set to welcome its first batch of students for a bachelor degree in sustainability in 2022.

To get a sense of the sustainability moves the country has up its grassroots sleeves, just look at the accolades of the eight town and city finalists in New Zealand’s Beautiful Awards, the country’s longest-running sustainability awards. Besides recycling and waste minimisation projects, there are a number of tourist-appealing initiatives.

Whakatane, one of the two finalists for the Most Beautiful Large Town award, was lauded for its conservation-focused night walks to discover more about New Zealand’s national bird, among other feats. Taupo, the other finalist in the same category, initiated a town centre transformation project – introducing car-free pedestrian and cycle-friendly zones to lower greenhouse gas emissions. Dunedin, vying for the Most Beautiful Large City crown, has its sights set on becoming a net carbon zero city, mainly by planting forests. Looking very green indeed, in both North Island and South Island!

Plan My Trip to New Zealand