We’ve got orange on our mind these days and it’s got nothing to do with jack o’lanterns. See the world afresh with us using an orange lens and wanderlust away!

Also in this Orange Edition
That fruit bowl in country NSW foodies are flocking to
Sri Lanka: it’s ‘curry favour’ time
Craving a glimpse of Antelope Canyon
The orange liqueur born out of a bold spirit 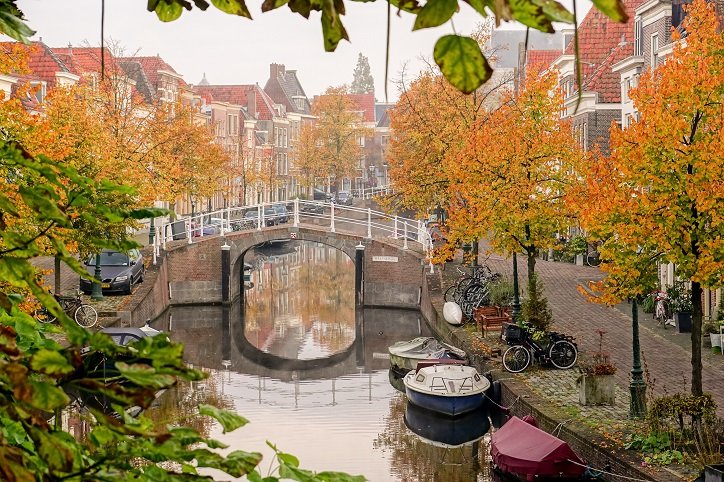 Hidden gems in the Netherlands

With not one but two recognised terms popularised by its love for the colour – oranjegekte (orange craze) and oranjekoorts (orange fever) – the Netherlands is certainly the most orange country in the world.

These days, Dutch people wear the colour with pride especially on King’s Day and during major sporting events. Orange, however, has traditionally been associated with the Dutch royal family, which has links to the House of Orange dynasty hailing from southern France.

Visitors to the Netherlands will find numerous destinations and attractions just as, if not more, renowned. Among these are the eclectic capital Amsterdam, the bulb region and its famed tulips during spring, the exquisite blue ceramics in Delft, canals and windmills, and iconic cheeses including Gouda and Edam.

What is less obvious are the hidden gems in the Netherlands. Go beyond the typical tourist stops to discover places such as Alkmaar, home to the oldest and biggest cheese market in the Netherlands and Leiden, where Europe’s first tulips were first cultivated. Make time also for Utrecht, the home of Miffy Museum and an iconic 14th-century bell tower. Over at Leeuwarden, bask in Frisian Nassau history and make a day trip out to visit the Dutch leaning Tower of Pisa.

Plan My Trip to the Netherlands 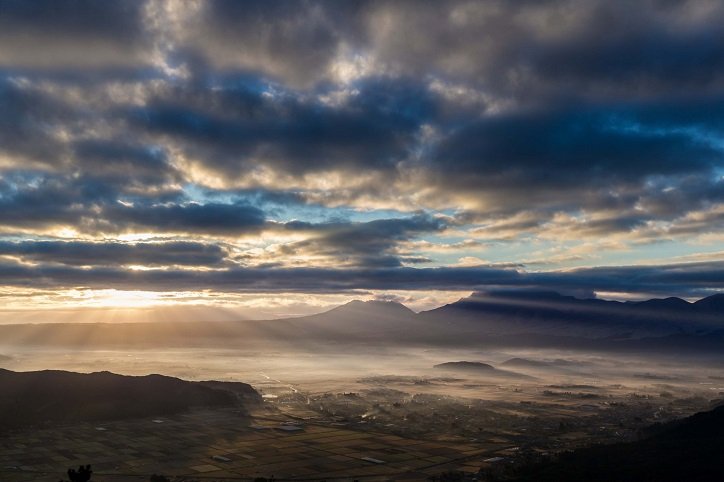 With over 600 varieties of orange in the world, you’d be forgiven for knowing just about a handful types of the citrus fruit. But chances are you would have heard of, or perhaps even tasted, the dekopon or sumo citrus.

This relatively large, curious-looking citrus with a distinctive knob head resembling that of a famed Japanese wrestler, is technically not an orange. Instead, it was cultivated from the kiyomi orange and the ponkan mandarin in the 1970s. The dekopon is prized for its sweetness and one of the most expensive fruits in the world.

While you can enjoy this orange in many parts of the world today, Shiranuhi on island of Kyushu in Japan is the birthplace of the dekopon. It is part of the “Orange Belt”, a citrus production area in the Kumamoto Prefecture that faces the Ariake Sea and boasts favourable weather and soil conditions. During your bespoke holiday to Kumamoto, you will be well acquainted with the mighty Mount Aso active volcano and the hot springs it powers, the striking Kumamoto Castle, and signature local food and snacks.

Plan My Trip to Japan

For more orange action, consider heading over to northern Italy, where the Battle of the Oranges food fight takes place in Ivrea each February as part of the annual carnival festivities. About 1.5 hours by car from Milan, the city is part of the Piedmont region – the Bordeaux of Italy with fine wines such as Barolo and Barbaresco and the home of the slow food movement. 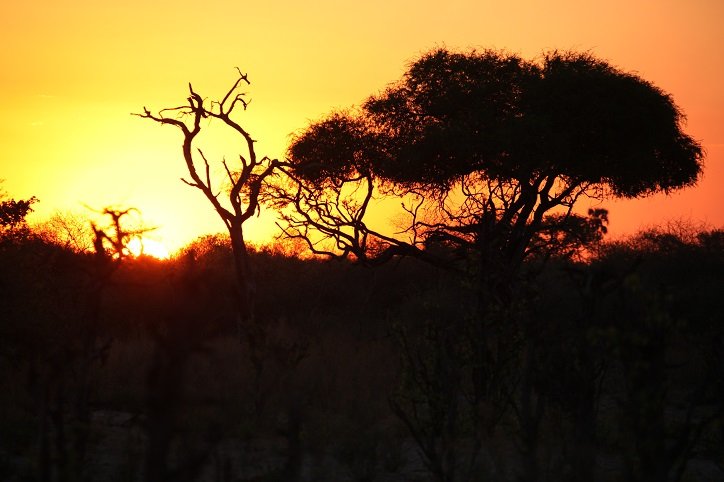 The African bush offers a dramatic landscape for safari guests to admire the fiery sunset.

Unforgettable sunsets in the African wilderness

Jodi Picoult famously said this about Africa: “You can see a sunset and believe you have witnessed the Hand of God.” Those who have journeyed to this continent for a glimpse of the Big 5 and other incredible wildlife will likely resonate with the American writer.

There are plenty of postcard-perfect places to see Africa’s magnificent sunsets, from Cape Peninsula and the Garden Route in South Africa to the Great Pyramids in Egypt to the Sahara Desert in Morocco.

In our opinion, the best way to enjoy that glorious African sunset is in the bush during a game drive. The solitude and aura of the wilderness coupled with the dramatic landscape – at times just a lone tree in the distance – adds to the allure. Not forgetting, you’ll often be watching the sun bid farewell with a glass of champagne or your favourite pour in hand.

The perfect safari expedition for you depends on your bush experience and who you have in your travelling party. Generally, first-timers and families with young children may find South Africa, Kenya and Zambia appealing, while those with older kids in tow would consider Botswana and Tanzania. Seasoned safari goers or those wishing to encounter a specific species or environment tend to favour East Africa, Uganda and Namibia. It’s more complex in reality so consult your travel advisor for the best options for you.

Plan My Trip to Africa 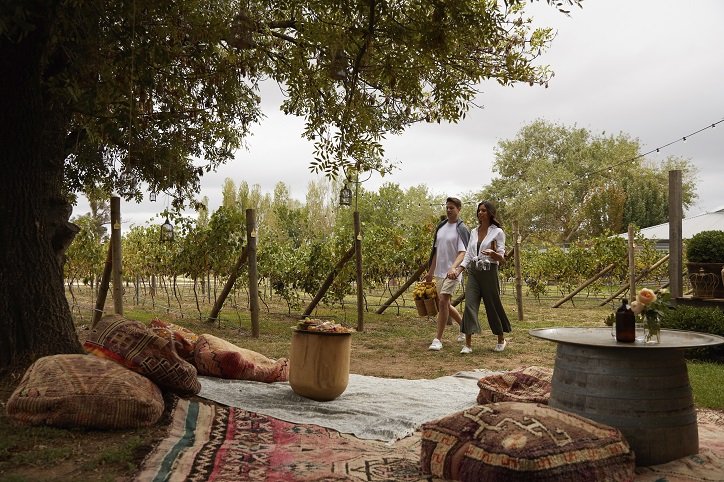 Plenty of picnic spots await in Orange, New South Wales, such as this one at wine estate Heifer Station.
Photo by Destination NSW

The flavour of the moment in eastern Australia

Say hello to the Orange region, the up-and-coming heavyweight gourmet destination Down Under. Less than 4 hours’ drive northwest of Sydney, the “food basket” of New South Wales is increasingly hard to ignore.

Its wine credentials are ripe for the picking. Thanks to the volcanic soils, altitude range and cool climate, there are a growing number of award-winning boutique wineries producing a diverse range of reds and whites. That ideal brunch or lunch in Orange? Grab a picnic basket, throw a blanket over the cellar door lawns and savour every last drop of wine.

But gastronomy in this part of Australia stretches much further, your stomach will be pleased to know. From artisanal coffee to weekend markets to farmhouse meals to fine-dining adventures, tummy time in Orange is a serious affair.

Orange’s rich history and culture won’t go unnoticed too. Hop around the heritage towns, sniff out Aboriginal gems with an expert and survey traces of the gold rush era. Stop by interesting museums such as the Golden Era Piano Museum featuring over 40 historic keyboard instruments and the Age of Fishes Museum to discover ancient fish from the Devonian Period.

Plan My Trip to Australia 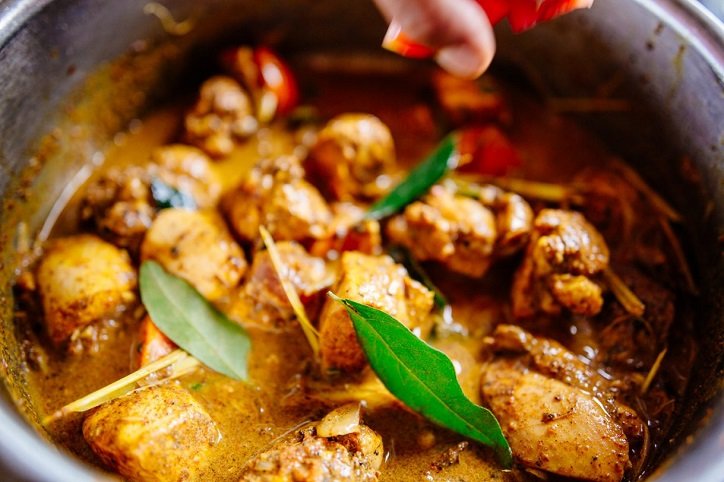 Hurry up and curry

From the humble dhal to protein-laden spiced broths with coconut milk, curries are the quintessential Sri Lankan experience. Curry may not be everyone’s cup of soup, but the sheer variety of flavours and spices in this south Asian country will cause any curry fan a flurry of excitement.

Most day-to-day curries pack in vegetables and meat but there are also more exotic recipes such as jackfruit curry. With our love for crustaceans, Singaporeans are undoubtedly warm to Sri Lanka’s famous crab curry; it counts among its ingredients moringa or drumstick leaves, which are deemed a superfood due to their nutritional properties.

If you can’t wait that long to slurp up authentic Sri Lankan curry, give Jetwing Hotels’ curry recipes a go to satisfy that craving for aromatic spice gravy. That ‘winning’ curry might just help decide where you’ll head to for your next bespoke Sri Lanka getaway!

Plan My Trip to Sri Lanka 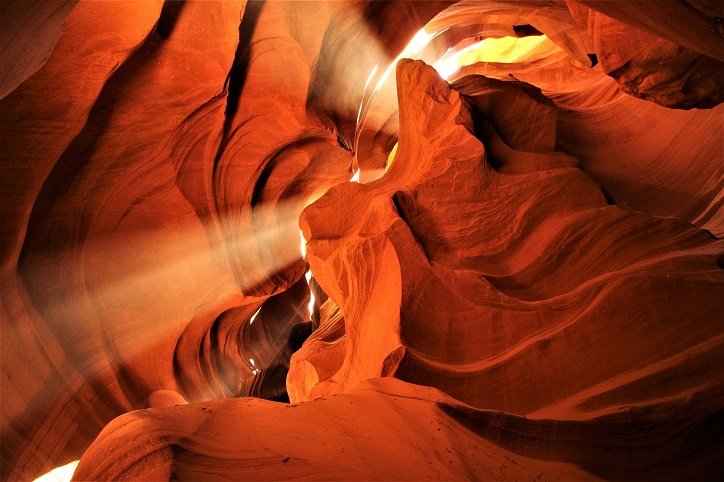 Light passing through the sandstone walls around mid-day offer a surreal touch to the Antelope Canyon.
Photo by Erica Li on Unsplash

The American beauty shaped through millennia

There are some monumental places you visit once and never ever forget. The Antelope Canyon in the United States, astoundingly sculptured by millions of years of water and wind erosion, is one of those incredible natural wonders of the world. Its distinctive wavy sandstone cliffs and ethereal appearance due to light exposure make this northern Arizona attraction a firm favourite with photographers and nature lovers.

Nothing beats seeing it in person – a fact not lost on the roughly 4 million annual visitors to the Antelope Canyon. The site is sacred to the Navajo people, meaning it can be visited only via sanctioned tours. Antelope Canyon is currently closed but is best experienced during mid-day during the warmer months (March to October).

Plan My Trip to USA 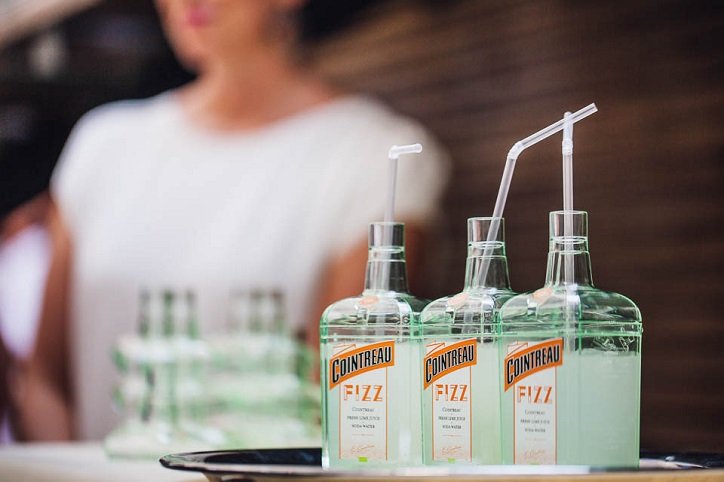 The Cointreau has inspired over 350 cocktails, such as the Fizz made by adding lime juice and soda water.
Photo owned by Destination Angers

A bold spirit that gave rise to a timeless classic

Nestled in Angers at the western end of the Loire Valley is a slice of history that’s not the characteristic chateaux and vines. It was here that Adolphe Cointreau, a confectioner, started a distillery in 1849. Nearly four decades later, his nephew Edouard Cointreau developed the iconic liqueur based on what was then an exotic fruit.

After more than 170 years, the essence of Cointreau is largely intact. Till today, the signature orange liqueur is produced in Angers, the birthplace of the Cointreau family. And while Remy Martin now owns the brand, the Cointreau family is still associated with it. The tradition of employing female master distillers also remains.

The next time you’re in France, have a cocktail in honour of the revolutionary spirit of one family who sought the unconventional path and tasted sweet success.