What better way is there to ring in the new year than with anticipation for all that 2019 will bring? And with a refreshed bucket list on hand that’ll have you pumped for your travels ahead, there’s plenty of reason to be excited about the next twelve months.

This year, Quotient is zooming in on seven new places around the world that have particularly compelling reasons for you to pay a visit in 2019. From huge celebrations to new launches and each destination’s own distinctive charms, you’re bound to find something that intrigues you. Happy travels! 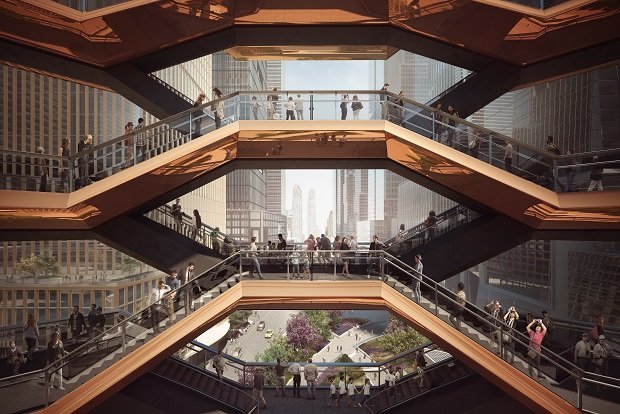 Digital rendering of The Vessel, a new interactive sculpture in Hudson Yards.

In a nutshell: Big developments reinvigorate the Big Apple

After a couple of years away from the spotlight, New York City is set to dazzle again in 2019 with its line-up of new attractions. Anticipate the opening of the buzzing city’s first outlet shopping centre, Empire Outlets, the launch of a Statue of Liberty Museum and an exciting expansion of the Museum of Modern Art.

In particular, we’re keeping an eye on Hudson Yards, a multi-billion project said to be the United State’s largest development ever; the complex will include buildings such as The Shed, a massive performing arts centre configured for both indoor and outdoor gigs, the Vessel, an interactive structure situated above a public garden, and the highest outdoor observation deck in the Western hemisphere.

A flurry of hotels to pamper you on your stay will also be arriving in New York in 2019. Think luxe properties such as the city’s first Six Senses, a Times Square Edition and the first-ever Equinox hotel, which will be the fitness brand’s first foray into hospitality.

When to go: Sep; you’ll have more time and space to explore the new spots during the shoulder season, plus, Broadway Week falls within this month

Customise My Trip to the United States 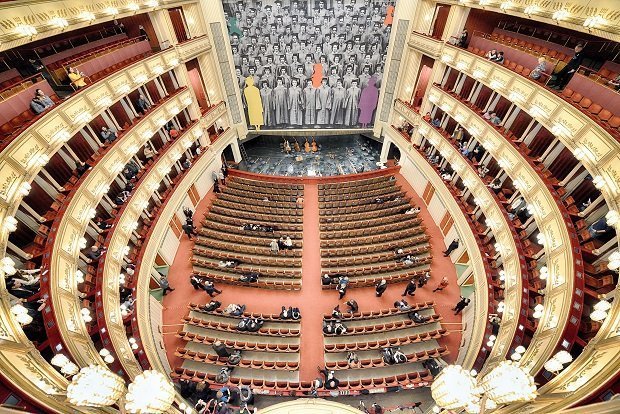 The majestic Vienna State Opera will be celebrating its 150th anniversary with nine premieres. Photo by Yuan / CC BY-NC-ND 2.0

In a nutshell: Operatic celebrations ring in new awards

As the newly crowned World’s Most Liveable City that knocked 7-year-winner Melbourne off its throne, Vienna is enjoying its moment of glory, especially as it’s the first European city to win this honour.

Opera is set to take centre stage this year with the 150th-anniversary celebrations of the Vienna State Opera. Nine different premieres, including the world’s first look at The Woman Without a Shadow by Richard Strauss, and two exhibitions revolving around the histories of opera and ballet respectively will be held in total. Performances will be staged a total of 350 days in 2019, meaning shows will practically be running non-stop throughout the year.

More significantly, one of Austria’s key landmarks will be up for a UNESCO World Heritage Site nomination in 2019. The scenic Grossglockner High Alpine Road pioneered access to Austria’s highest mountain, the Grossglockner, and the longest glacier of the Eastern Alps, the Pasterze; visit these places on an incredibly stunning drive that will have you winding through the highlands.

When to go: May; Vienna State Opera’s anniversary celebrations kick off this month so you can watch a premiere and visit new exhibitions

Customise My Trip to Austria 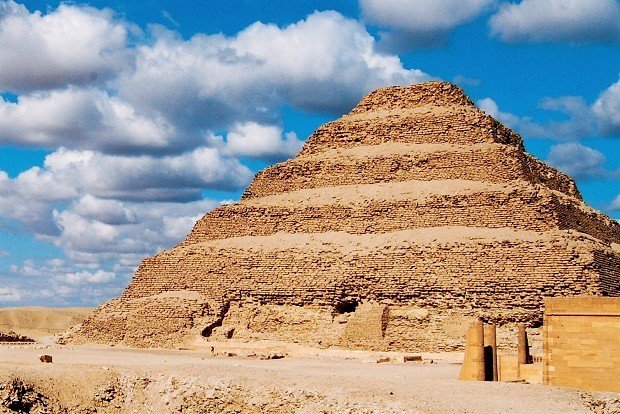 The restoration of the Zoser Pyramid will be completed in 2019. Photo by Roderick Eime / CC BY-ND 2.0

In a nutshell: Promising peace and precious pyramids

It’s hard to resist for long a city with monumental tombs that have enthralled countless over the centuries as one of the Seven Wonders of the Ancient World. Having endured a sharp decline in visits for much of this decade due to political instability, Cairo is poised to bask in the tourism limelight again with a slew of archaeological discoveries in recent months and moves aimed at making the Egyptian capital a comfortable jaunt for globetrotters, including fining touts for harassing tourists.

There’s more — the restoration of the Zoser Pyramid, the world’s oldest surviving stone monument dating to the 27th century BC, is set to be completed in early 2019. But perhaps the icing on the cake is the soon-to-open Grand Egyptian Museum; after tucking into a visual feast of the Giza Pyramids you can now pig out on ancient artefacts such as the famous boy Pharaoh King Tut in a state-of-the-art facility.

When to go: Mar-Apr, Oct-Nov; feast your eyes on the magnificent archaeological sights in comfortable weather

Customise My Trip to Egypt 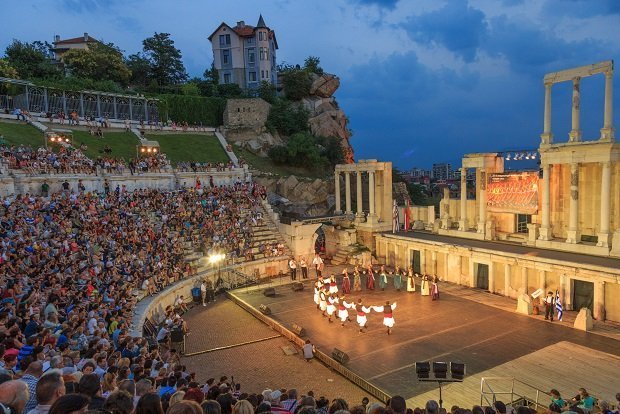 Partake in the festivities at the European Capital of Culture 2019. Photo by Piotr Krawiec / CC BY-NC-ND 2.0

In a nutshell: One of Europe’s oldest cities puts on a year-round party

Bulgaria’s second-largest city, Plovdiv not only fascinates with over 6,000 years of history and atmospheric ruins bearing testament to occupation by Thracians, Greeks, Romans, Byzantines and Ottomans but also dazzles geographically — nestled among seven hills, the scenic city is a gateway to the stunning Balkan and Rhodope mountain ranges.

Its reputation as a low-key destination overlooked by most travellers except for history lovers, wine aficionados and intrepid travellers is set to change in 2019, as it assumes its role as a joint European Capital of Culture 2019 alongside Italy’s Matera. A spectacular show combining music, light and dance and involving over 1,500 local and foreign participants in January will kick off the nearly 500 events lined up for the year-long celebration. What’s more, a significant number will be held outside of Plovdiv in the south-central region of Bulgaria, making it even more reason to finally explore the Land of Roses.

When to go: May and Nov; time your visit to coincide with the flowering and festival seasons to amp up the fun factor

Customise My Trip to Bulgaria 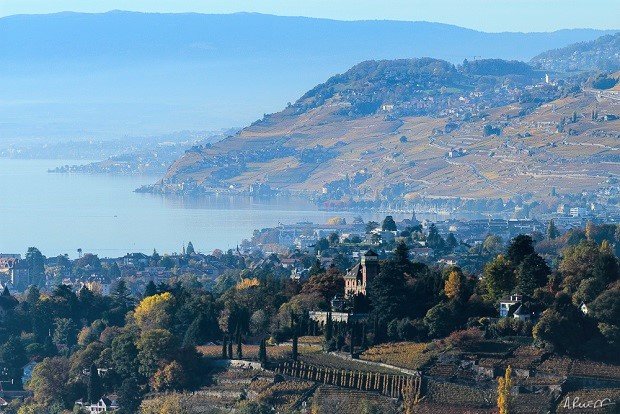 In a nutshell: Host of a once-in-a-generation wine festival

The countdown to the country’s largest, oldest and rarest wine festival that’s held only once in about 20 years in Vevey has begun. Known as the Fête des Vignerons or Winegrowers’ Festival, thousands are expected to converge in the beautiful city located at the foot of the French Alps and by the shores of Lake Geneva. Recently recognised as a UNESCO Intangible Cultural Heritage of Humanity in 2016, the Fête des Vignerons celebrations promise to be bigger and better in 2019.

A new stadium will be completed in time for the spectacle and will host over 15 events led by 5,000 volunteers over three weeks. Visitors can expect to enjoy pageants, music and song performances and award ceremonies that honour the region’s top wine producers. Of course, dedicated oenophiles will also have the opportunity to taste an array of delicious Swiss wines.

When to go: Jul-Aug; be in Vevey while the boisterous festivities are going strong

Customise My Trip to Switzerland 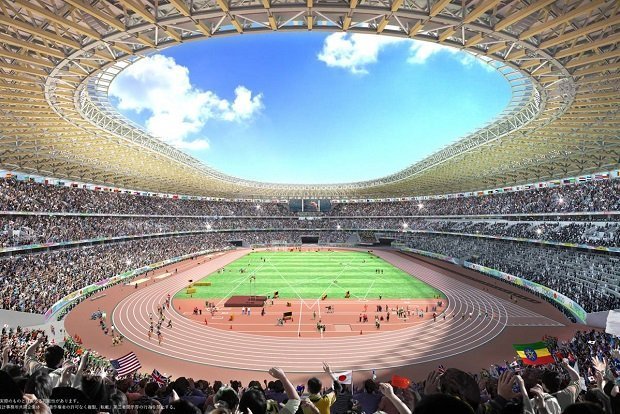 In a nutshell: Olympic preparations in full swing

The bustling Japanese capital will be running at full force next year in preparation for the 2020 Olympics. Besides a spanking new National Stadium where the grand opening and closing ceremonies of the Summer Olympics will be held, eight other sporting venues are also slated for completion.

A multitude of hotels will be opening in the city to welcome the expected influx of visitors, including MUJI Hotel Ginza, the brand’s first hotel outside of China, and the revamped The Okura Tokyo, a 1962 legacy property that’s dubbed one of Tokyo’s three great hotels for its stalwart reputation.

If art is your passion, take a detour to the Seto Islands. The Setouchi Triennale, a contemporary art festival, will be held on 12 of the region’s islands in 2019. This unique island-hopping festival will have three sessions in total that correspond with the seasons of Spring, Summer and Fall respectively. Visitors will get to participate in a total of 200 different art projects including installations and theatre and dance performances.

When to go: Oct-Nov; enjoy the new launches before the Olympic frenzy draws more crowds

Customise My Trip to Japan 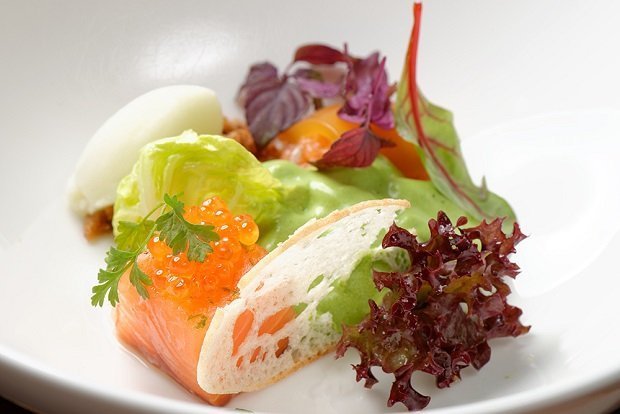 Have a meal at one of Ljubljana’s best restaurants. Image by Strelec.

In a nutshell: Green goodness and fast-rising gourmet star

There’s plenty abuzz in Ljubljana these days. The capital of Slovenia is increasingly stamping its authority as a sustainability powerhouse in the world — Ljubljana, which has had a car-free city centre for over a decade now and offers a glimpse of its urban beekeeping to tourists, has been piling up ecological accolades over the years, most recently in the 2019 European Capital of Smart Tourism.

Also one of the hottest gourmet destinations in the world at the moment, Ljubljana boasts the Chef of the Year in Igor Jagodic and one of six Slovenian restaurants — Strelec, which Jagodic helms — to receive four hats in the inaugural Slovenian edition of celebrated restaurant guide Gault Millau. The food here will without a doubt be at its best as Slovenia, known more for its majestic mountains, picturesque lakes and valleys, fascinating caves and even safety, gears up for its stint as the European Region of Gastronomy 2021.

When to go: May-Sep; join in the festival fun during the height of summer or visit just outside the peak season to fully appreciate the sights

Customise My Trip to Slovenia